Well, it’s officially tomorrow, but I think some people really needed it today.

I am very upset about this. A Wal-Mart employee was trampled to death as customers swarmed the store the day after American Thanksgiving, Black Friday I think it’s called. I was going to rant about it here, but it got a little rant-y…so please just think about this event and what it says about our culture.

If you too are disturbed by this event, please participate in Buy Nothing Day, Saturday November 29th.

Now, if you run out of milk or toilet paper, I think it’s ok to go re-stock. But avoid buying Christmas presents, fashion accessories, new shoes, that must-have kitchen gadget, etc. Just take a break from it all!

Please take the time to think about each thing you buy, not just Saturday but each time you enter a store. Ask yourself:

– why are you buying it?

– where did it come from?

– what raw materials were used?

– what does it mean to you or the person you’re buying it for?

– what will happen to it when you’re done with it?

Now, what else can you do if you’re not shopping? Well, if it’s a nice day go outside. Invite a friend over for tea. Clean out your closet (look at all the stuff you bought and didn’t need!). Just relax.

I’m sure most of you were very excited with the results of the American elections. At least someone’s country is getting a new government.

The Democrats just seem to be much more friendly to the environment than the alternative. They made real efforts this year to green-up the Democratic convention. Good job guys!

Well, this post is to fuel the flames lit under George W Bush’s butt to get him the heck out of here.

Some of the executive orders he’s working on getting put through before he leaves:

– Take factory farms’ word for it that they’re not polluting water; no forms, no inspections, no fines (Honest Mr. President, those deformed babies down river from our farm aren’t our fault!)

– Getting rid of the stream buffer zone

WHAT! If you’ve ever taken an ecology course, this is one of the most well studied things you learn! You need a buffer zone of trees/natural habitat around streams or it will over heat, erode, and lose a bunch of species who live both in the stream and around the stream. This one makes me the most mad. Grrr.

When I heard about these I just couldn’t belive it. Polluting the water his people have to drink! Reversing years of positive environmental legislation that protect his people from nasty toxins! Makes you wonder if he sees them as ‘his people’ at all.

There is some hope. Obama has said he’ll be reviewing all of these executive orders shortly after he takes the throne and will overturn ones he doens’t like. Yay!

Now, just to give credit where credit is due, I got all this information from More Hip Than Hippie, a great podcoast I listen to. Two hilarious ladies get together over beer and chocolate and spread all kinds of good environmental tips, news and information twice a week. And they do it in a realistic, non-judgemental kind of way. Check them out. They keep me company on the bus.

This is something that’s bugged me ever since I saw a seminar about tesing how mice behave in space during my undergrad.

The proposed budget for NASA for 2009 is almost 20 billion dollars (at least that’s the gist I got from the budget pdf, it was a little confusing). That’s a lot of dollars. Now some of that is used for good things like satellite monitoring of the earth and watching for Armageddon-esc meteors, but….

We’re spending a big chunk this money to do things like look for remains of microbes that once lived on Mars, decide if Pluto is a planet, etc. Did you know that just recently we discovered a fungus that naturally makes diesel fuel? Here’s the article in the journal Microbiology and here’s a news article if you don’t have access to the journal through a subscription or university. Guess where it was found? The rainforest. (sounds of chainsaws in the background) 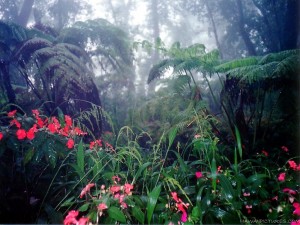 So we use all this money to explore space, yet so many places on earth are left unexplored, poorly understood and extremely mismanaged. Medicinal, practical, and valuable species are found all the time, plus things that are just as interesting (more interesting to) as things on Mars. So maybe, just maybe it would be a good idea to use some of that space money to learn about our own planet and try to save it. Otherwise, we’re going to need to use that space budget to set up colonies on the moon and Mars once this planet has had enough of us.

And we all know what a pain moving is. I’d much rather just stay here. Ok everyone…you must have heard about the dramatic decrease in Canada’s blood supply. DRAMATIC. This affects you. You, a friend, a family member could get in an accident at any time. Just take a couple mintues to think about that, I know it’s not pleasent but sometimes we need that kind of kick in the butt. 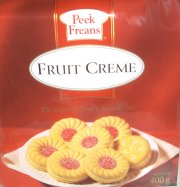 Giving blood is something I hold near and dear. I’ve given blood I think 9 times now and plasma once (FYI giving plasma is super fun…you actually get to see the blood get pumped back into you…COOL!). I figure I probably used a bunch of blood when I had my heart surgery once upon a time and other people have to have those kind of surgeries all the time.

I know a lot of people who are eligable to give blood and don’t and I’m sure they have lots of reasons. Too busy, don’t like needles, haven’t taken the time to think about how important having a large enough blood supply is. Well get off your butt and donate! We need it, all Canadians do! It only takes like 10 mintues (30 min probably if you count all the form filling in) and they are peak freans at the end! I love those things.

I’m currently not able to give blood because of my summer trip to Mexico so I hope that at least one person who hasn’t given before goes to donate. DO IT! 🙂

Call 1-888-2-DONATE or visit http://www.bloodservices.ca/ to make an appointment or find a clinic near you.