Really? You don’t understand? Have you been living under a rock?

The title of this post was overheard by me on the bus, spoken by a local to a tourist, as the local tried to explain it wasn’t always this warm/humid here. 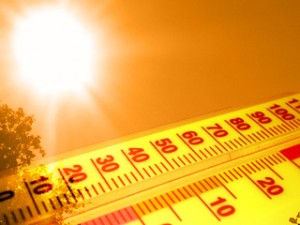 But she claimed to not know why.

We hear about it all the time and now we’re living it. There’s tornados and floods in Central Canada, longer, drier droughts in Australia, heat waves in Europe, wetter wet seasons in Asia resulting in massive flooding. That’s climate change. It’s not happening 10-15 years from now, it’s happening now and people are doing the ostrich and sticking their heads in the sand. They see and feel climate change first hand but refuse to acknowledge what it is.

But we can’t just stick our heads in the sand. The governments should be the ones dealing with this. They need to step up to protect their people when they need it most and are too scared to deal with it themselves. They should be funding local food operations for when droughts and floods decimate our overseas suppliers. They need to be encouraging wind farms for when oil runs out. But they’re not. They’re sticking their heads in the sand too! WTF! Help us! You’re the ones in charge!

I guess we’ll just have to look out for ourselves. 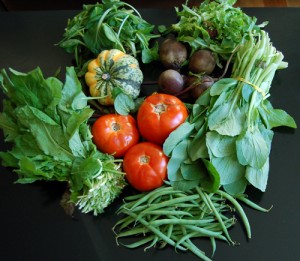 So it’s up to you to support local food ventures. Maybe you should look into joining a local CSA. Buy local at your grocery store. The apples from New Zealand are not tastier than the apples from Nova Scotia (unless you live in New Zealand, then go for it).

It’s up to you to promote sustainable energy. Write your local officials and tell them you want to see solar panels on town hall. If a wind farm is proposed in your neighbourhood, support it instead of worrying about it ruining your view. A drought will also ruin your view.

Sadly, it’s up to you to worry about climate change. I know it’s scary, but we can adapt and survive. We’re really very resourceful when we need to be. It’s just a matter of recognizing that we need to be right now.