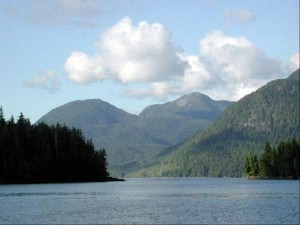 Douglas Channel, where the supertankers will pass through

My friend Kyle pointed me in the direction of this post. Once I did some reading on it, the situation is very intense.

The Northern Gateway pipeline will run from Edmonton to the northern BC coast to carry petroleum to waiting tankers that will head off for America and Asia.

The First Nation bands in this area have said an oil spill in this area of the coast “would be devastating to the environment. It would literally wipe out all of our cultures.” (From the Globe and Mail). They have presented a petition they ran in the Globe and Mail that was signed by 150 First Nations, Greenpeace, WWF, David Suzuki, Margaret Atwood, and Willie Mitchell.

Enbridge responds with: “It’s important to note that the Enbridge Northern Gateway Project will be required to undergo a comprehensive and rigorous regulatory review process to ensure the project is in the interest of the Canadian public,” Ms. Varey [Senior manager of corporate communications for Enbridge Inc.] wrote. “That is the highest level of regulatory scrutiny an economic development project can receive.” (From the same article in the Globe and Mail, March 27, 2010) Right. I’m sure they say that about all oil projects. “We’ll be really careful”. Then the bottom line appears and corners are cut and money outweighs regulations/safety .

Have you seen The Yes Men Fix the World? They give a fake presentation as a representative of Dow Chemical about a formula measuring the cost from loss of human life against profits. No one in the audience really got upset about this. I think someone said it was “refreshing” to hear someone say what they’re all thinking. I personally wouldn’t expect Enbridge to think much different than that guy.

I think I’m justified in my mistrust of Enbridge and the sinking in the pit of my stomach over the very idea of this pipeline. These things have a history of not going well. The Exxon Valdez is often used to illustrate the concerns over this pipeline. What about the ship that just hit the Great Barrier Reef? How can you not know where the Great Barrier Reef is? We can’t risk this on the diverse, but fragile, BC coast.

Public pressure is growing about this issue. That’s the only way to put the brakes on the process. If you’re concerned too, you can go to http://pipeupagainstenbridge.ca/ to sign the petition.