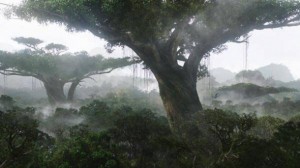 I saw Avatar on the weekend. First, it was awesome. Second, it made me think about the tar sands. That’s right, I’m not switching to the more friendly ‘oil sands’. I’m not helping them spiff up their image.

Now, Mr. Military Man is very obviously the bad guy. And he’s pretty bad. You’d be hard pressed to find someone who saw the movie and didn’t describe him as evil.

However, there are many, many of these people in real life. You might even know one. Any oil company exec, and I’d wager a lot of mining company execs, logging company execs and probably a fair chunk of politicians, would fall into the role of Mr. Evil Military Man. They see something in the Earth that they want, and they take it. They leave nothingness in their wake. Barren land.

I’m not saying that these people would knowing kill people and destroy ancient sites like in the movie. But they have seen the reports about the damage occurring to our ecosystems and what that could mean for our planet. They know what we’re facing and they ignore the urgency.

Currently if we just stopped the tar sands, mining and logging, we’d be in a bit of a pinch. However, just because it’s in the ground, doesn’t mean we have to take it out! Oil companies have a lot of lobbying power and can influence government decisions on funding to projects like alternative energy (have you seen Who Killed the Electric Car?). 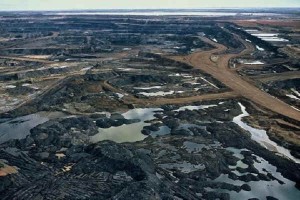 These people need to let progress happen. They need to make an effort to put their own resources into alternatives to the tar sands.

Just think what that could do to their image! They might make a few less billions of dollars for a while, but there’s a lot of economic potential in alternative energy. A progressive thinking oil exec…it could be a revolution.