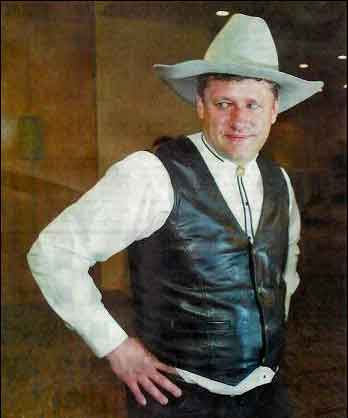 Well, with the Copenhagen climate talks about to wrap up, it’s about time I said something.

I am ashamed of the Canadian government. Canada’s international reputation is in tatters. How’s this lovely headline:

Kicking us out of the Commonwealth? That’s a part of who Canada is!

Now is the time for dramatic action. Some scientist are claiming we’re already gone too far, and even if greenhouse gas emissions stopped altogether tomorrow the planet will still warm to an unacceptable level from what’s already in the atmosphere. Harper can be all concerned about our economy if the tar sands can’t keep pumping out the oil and pumping out the emissions, but when the temperature rise starts killing ocean life, have fun with that economy. Just because their is oil in the ground doesn’t mean we have to take it out. Creating alternative energy sources will also create jobs and create a branch of the economy that isn’t designed to run out and explode in our faces.

So as a result of Stephen Harper and the Conservatives’s lack of action on climate change, Canada is leading the pack in Fossil of the Dayawards. This award is given to counties that are doing their best to impede climate change action. Congrats Canada, you’re now an environmental villain.

**Hilarious Edit**  `Harper not on Obama`s climate guest list`Obama`s having an emergency climate party and Harper isn`t invited. Even Australia got invited! No offence Oz, but we have similar world influence and we even live next door to Obama!